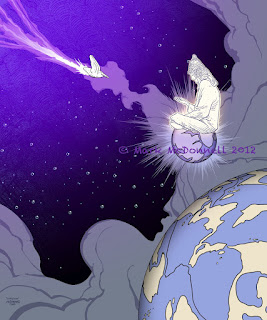 Two birds with one stone as it were....I'm happy to say I've joined the "The Think Tank," Brett Bean and Justin Rodriguez's creative brain child and with it, a nod to the fantastic Morbius.

With the challenge, I was thinking about creating a few new prints to offer @ this year's Comic-Con 2012 in San Diego, I thought about many of the things that I was attracted to when I was a child. I feel in love with the film Willow (along with many others) but it was really a magazing that I found that had some development artwork in it that really made me attracted to the film even more. It just happened to be an artist named Moebius? Was that really a name, someone's REAL name?

Years later I found out who he was and what he was amazingly capable of.....a lot! So, here's a new print that's a thank you to the magical Moebius done in my own vision. It's just my way of saying........ thank you.

He really was spectacular.


Below is some of the artwork that inspired me (from a Starlog Magazine): 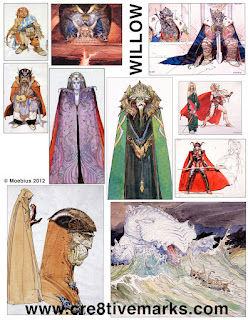 Email ThisBlogThis!Share to TwitterShare to FacebookShare to Pinterest
Labels: Prints 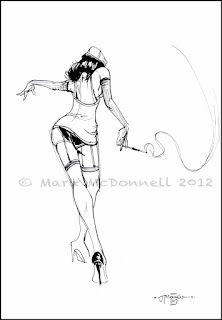 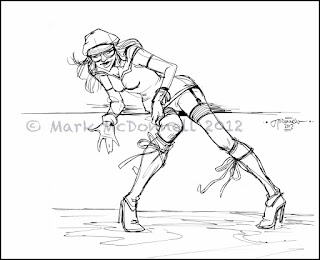 Here's some recent Disney gesture drawing sketches as i was talking about keeping consistent proportions while still experimenting through a series of consecutive drawings. 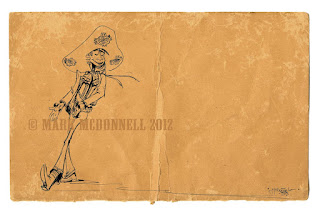 Here's a random doodle while I was thinking. . . 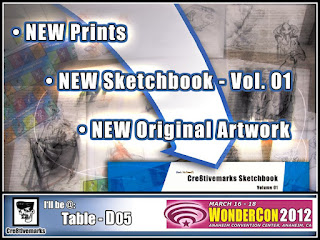 WonderCon is right around the corner, I'll happily be showing again this year. I have a NEW SKETCHBOOK, New Prints and New Original Artwork. Please stop by and say hello if you're in beautiful downtown Anaheim. . . 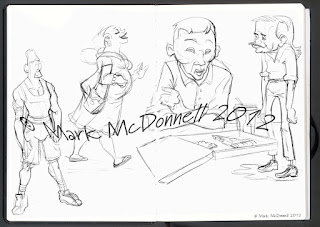 Here are some recent "location" sketches at the local Costco. . . it's a Hebrew National Gold Mine!
Posted by Mark McDonnell at 9:23 AM 4 comments: