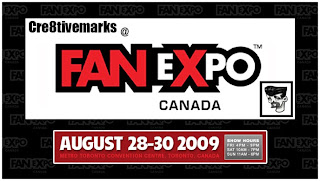 I'll be @ the Toronto Fan Expo alongside many of the talent artists in the Animation and Entertainment Industry. If you're in Canada or planing to attend, stop by and say hello.

Email ThisBlogThis!Share to TwitterShare to FacebookShare to Pinterest
Labels: cre8tivemarks.com 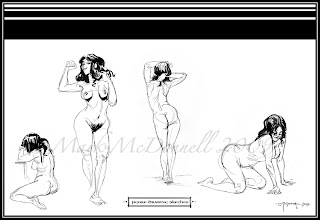 These are some recent figure drawing sketches . . . I'm on a Pen and Ink kick. 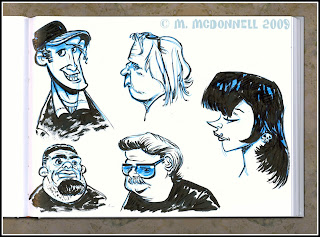 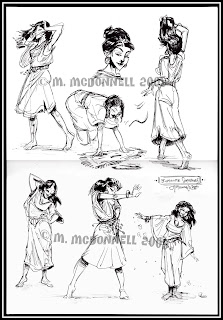 Sketches from a Disney session where I was speaking about how to think through the form for shorter poses while still focusing on the character of the pose/person and her action. 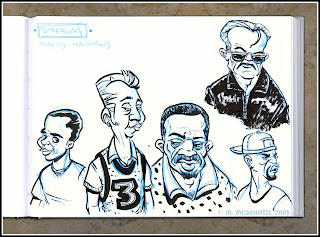 More Brush pen samples focusing on character and how to apply line to compliment that stylistic choice.

A few more playful samples with the Pentel Brush pen.
Posted by Mark McDonnell at 11:10 AM 9 comments: 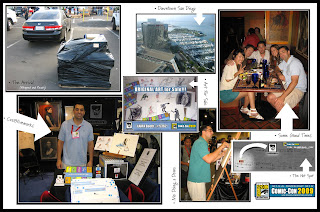 Well this was quite a year that has only just begun it seems. In the last three weeks I became a GodFather, happily showed my book and artwork at a booth at Comic Con and flew out to Sweden the day after the show for a two week vacation.

I have to say I was blown away by how amazing it was to be at Comic Con and how many people showed up to say hello. I want to really say thank you to everyone who came out and stopped by. I was overwhelmed at the amount of books I was lucky enough sign, draw in and hand over to so many of the faces I have been inspired by and blogging with for quite a few years now. THANK YOU to everyone, this was an amazing experience for my first time being on the floor and selling at this year's Comic Con. The talent and comradery was overwhelming.

Some of the amazing talent that I was lucky enough to see again and speak to were:

MAC
Posted by Mark McDonnell at 7:08 AM 3 comments: